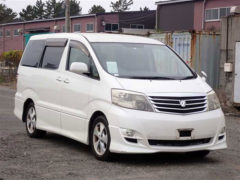 Toyota is the largest car manufacturer and the largest company in Japan. Production/Sales Volume reached about 900 million units (the total number of passenger vehicle and commercial vehicle) including its group company Daihatsu and Hino Motors, and Toyota has become the number one car selling company in the world in 2007, overtaking General Motor. However, sales in 2010 was just a small difference. In GM, it was 8.39 million units and in Toyota, it was 8.42 million units. Moreover, Volkswagen (ranked as the third largest), aims to overtake Toyota in the time of 2018, and produce the scale of 10 million units. Because Toyota has Daihatsu in its group company, Toyota do not produce mini vehicles. From small engine car like “Passo” to V12-5 liter engine car like “Century”, Toyota is literally a full-line up car manufacturer. In addition, their attitudes to environmental issues are aggressive, such as selling Hybrid vehicle “Prius” first in the world, succeeding in improving the corporate image. Toyota is also a leading company in safety management field, adopting GOA (Global Outstanding Assessment) and SRS curtain shield airbags as standard in all the models.