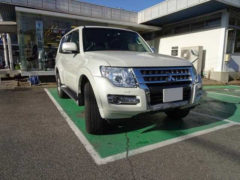 Mitsubishi is the automobile manufacturer with a long history following Mitsubishi Heavy Industries, Ltd., represented in events such as manufacturing “Mitsubishi A -type” in the Taisho era (1912 to 1926). After the bubble economy Mitsubushi was financed by Daimler Chrysler. Now in current style, Daimler AG has taken up only the Mitsubishi Fuso trucks-buses section, and sold shares of Mitsubishi Motors, which became the passenger car manufacturer. Mitsubishi and Daimler’s connection is still continuing by Mitsubishi supplying engines to Smart, the Daimler group company, but in recent years, the OEM supply of Outlander to Peugeot and overall partnership with Peugeot is much noticeable. After the alliance cancellation with Daimler, Mitsubishi had a difficult time for introducing new cars in the market. However, these days it is successively introducing new cars, and that is clearly reflected to business management. In 2009 electric vehicle “i-MiEV”, which is based on mini vehicle “I”, was sold to the market earlier than other manufacturers. i-MiEV was for corporate users at that time, but after April 2010, it is sold for private use as well. Mitsubishi’s catchphrase is “Drive＠earth”.